“A woman wholly given in love is held
By a dying man and an immortal one.
The man dying knows himself departing
From her, leaving her in the arms
Of the man who will live, cherishing her,
Given to him as she is forever.”
--Wendell Berry
JK was 4 days post-partum when she was brought to our hospital from another facility. She had yellow eyes, was comatose and had been vomiting blood the day she was transferred. She had delivered twins, and though one of them a stillbirth, the other a healthy child. After receiving the test results (I could only check a CBC, a creatinine, a malaria smear, CSF microscopy and an HIV test), i presumed the yellow eyes were from a liver failure that was unclear in origin (no hemolysis evident on the peripheral blood smear). Her ultrasound looked like it showed a normal liver and gallbladder. She never took home remedies but there seemed to be something missing from the story. She improved over the course of the week, no further vomiting nor any pain to speak of. I even considered discharging her, but then on her seventh night, she vomited large amounts of dark blood. We have no abilities to look with a camera down her esophagus and the nearest place was over 2 hours away on bumpy roads. I recommended that the family immediately accept transfer there, but they were not sure they could afford the transfer and opted to stay. She lost blood fast, went into kidney failure, and I presumed she was also back in liver failure. She died the next day. I still don’t know the full story.
JM was a 33 year old woman, nursing a 10 month old and had been healthy until 3 days prior to being transferred to Kapsowar. She went to a health center complaining of headache and fever and did not improve on some antibiotics and antimalarials. She was sick when I saw her, had a stiff neck, but could carry a conversation. As the days went, none of the antibiotics or antimalarials had any effect. Her fever persisted, she became comatose and died. Perhaps it was a parasitic meningitis (I don’t know if Naegleria is found in these parts), doubtful it was TB; regardless, I am not sure what infection cut her life short so quickly.
It’s humbling to sit at the bedside of these young dying patients and not know what else to do for them. In the States, with smarter doctors around and more tests and procedures available, I felt shielded from these mysterious sicknesses that would claim people’s lives. Now, many of my diagnoses are based on probabilities and guess-work. “Not sure, but we’ll try this and see how it goes,” seems to be my most commonly used sentence some days.  Standing or sitting at their bedsides, it humbles me to be trusted by them to heal. I get to see asthmatics improve with the nebulizers, or other patients with meningitis get better on the antibiotics given.  But there is a steady flow of “medical mysteries” that I feel even more burdened by, now that specialty care is far away and difficult to obtain for most people.  More than in the States, I am acutely aware of my limitations and the limitations of what can be offered to the medical patients here.
Please remember to pray for them, and for us. These deaths and disappointments push us to acknowledge our dependence on God.
.
Posted by Daniel and Priscila Cummings at 2:10 PM 1 comment:
Email ThisBlogThis!Share to TwitterShare to FacebookShare to Pinterest

We've arrived in Africa! The plane carried us here on the 27th and we are very thankful to be serving at Kapsowar Hospital in Kenya. The visas for Angola are still in process (the last we heard), and the Kapsowar community has generously welcomed us in the meantime. We celebrated the new year yesterday with patients in the chapel, encouraged by their trust and love for God in spite of their suffering. There is much to get accustomed to, both at the hospital and in the community; but thankful that Priscila's two cesarean section cases today had happy outcomes and that Zeke is enjoying a multitude of new friends. We wish you all a happy new year! 明けましておめでとう！

Posted by Daniel and Priscila Cummings at 1:05 PM 4 comments:
Email ThisBlogThis!Share to TwitterShare to FacebookShare to Pinterest 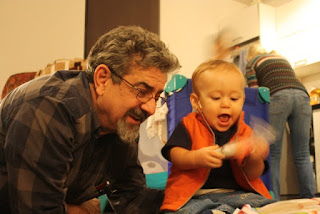 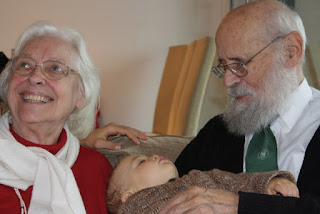 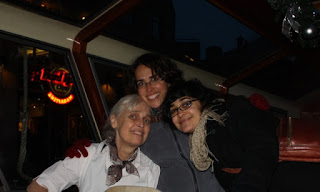 We wanted to thank Opa and Oma Ribeiro, Tia Rutoca, and Biz Opa and Biz Oma Schalkwijk for a wonderful Christmas in the Netherlands. We love you!